She was born in Italy, in Parabiago, on 27th May 1916, the youngest of 8 children, 2boys and 6 girls. She was the last child of eight children. She is known as the baby of the family.  She was baptized on the same day with two names : Vittorina and Pasqualina. Her parents adored her and called her “Nana” meaning Baby. She had a happy childhood. At the age of six, she joined the Association of Catholic action. She was fervent and enthusiastic. At the age of eight, she made her first communion and she told Jesus how much she loved Him. At the age of twelve, she already taught Catechism. She wished to give herself totally to God and even go to the ends of the earth to serve Him.

She was only 15, the last of the eight children in the family when she said that God knocked her head and called her. Her family could not believe and said that she was mad. When she entered, they claimed that she would go out. However she stayed

After six months in the novitiate, she was sent to Welyln Garden  City in England to teach the kindergarten children. She made her first profession there, on 9 Aug 1938. She also studied at the school called Mater Dei, for her Teacher’s training. She had a very hard life in England as the community was very poor. There were sixteen sisters in the community. At this time too, the war broke out and the sisters were not allowed out of their community. When the war ended, the sisters returned to Italy and got ready once again to go to mission territories.

Sr Vittorina was sent to Singapore. From then on, Sr Vittorina worked both in Kluang and Singapore. She taught in Canossa Convent, Primary School and was in charge of the Boys’ at the Home.  When she retired from teaching, she helped to open the Kindergarten at Taman Jurong.  After about a year away in Italy, because of her sister’s illness, she returned, and taught in the Parish Kindergarten,at St Francis of Assissi.  Being a “Jack(Jill) of all trades, she was always busy. Thus Sr Vittorina spent most of her time making Christ known and loved. She has been a missionary for many years. The pupils she taught and boarders she took care of, remember her fondly, and are grateful to her.  Some still visit her, treating her as their own mother. 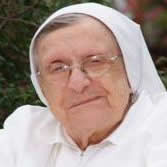